“When Little Children Roam the Streets as the Dead”

by Lesley Michelle Patterson AKA Lady Opaque from WritingBeautifully.com

When the dead come back home on All Hallows Eve,

as the Jack O’ Lanterns jeer at us through encased windowsills & glowing eerily while left out on porches,

and the funeral pyre is struck up and then burnt to a crisp with just one match and some torches.

As the year crawls back out again from its surface,

exposing the deep, moist, unforgotten truths of the soul.

Of matters of the heart and of the spirit,

when the ones who went before us can be heard to whisper,

those sounds of terror that go bump in the night.

Which ignites us with overwhelming fright at just one spark.

It’s not just all in our own head,

when even little children roam the Earth as the dead.

Where leaves turn colors then crack and crumble,

and when we watch for razor blades hidden in treats.

When we light the paths for those wandering souls on dark streets.

When everything smells of pumpkin and spice,

the time when we brew cider that tastes oh so nice.

The spirits are out, the veils once more lifted,

facing us with the bare bones of what really lies underneath it all.

A time of sweaters and pumpkin pie,

a time to remember and a time to cry.

A time that scares some as it reminds them that we’re all going to die.

A moment when the world between this one is thin,

and people laugh and delight in their sin.

Let’s get wicked, let’s get ghastly,

“Did you feel that?” “No.” “Something just walked right past me.”

On Samhain when the dead come back home,

on this cold earth forever they’ll come back to roam.

Haunting us and summoning up the very demons that scared you every year before this.

Those who will still come back, despite having no warm body to crawl back inside of.

A time when horrors all the rage and demons go drag racing,

when people only find more delight in the sounds of the screaming and a horrific and tragic crash.

Where you could swear the stench of death is at times, trying to creep into your very nostrils.

When the cemetery is not just a place to joke around and get high in anymore,

even if for only one evening of pulse-pounding terror and fright,

and when everyone is made up to be a horrific sight.

They are not dead but just dreaming,

and they will be returning every year around this season.

When the thrill of terror makes your blood run cold,

and people express their inner evils with costumes so bold.

We are the ones who do not fit in here, and we know it.

We started dressing up like those who return just to show it.

When the collective energy down that dark hall is especially foreboding,

and when little kids come up with dares to try to scare each other even more.

A time of casting spells, using enchantments and making deals with the devil himself.

When being afraid is so thrilling and enticing that we simply give in to it,

even those of us with an iron will feel the same but won’t always admit it.

You’ll see them rocking in the corner half past midnight, nearly in trance,

from some untold sound and some deadly romance.

When ghosts sit around and discuss whether they believe in the living,

and at every door, there are strangers and candy they’re giving.

When monsters stalk us and nightmares come to life,

when the cold bare bones of Mother Earth herself embraces us,

ever so gently, but with a deep, sincere meaning,

which leaves you in awe, with your very soul reeling.

When lit candles glow in the innards of gouged out pumpkin skulls,

A special spot in time when the more morbid the better,

and the little girls crying that the monsters are going to get her.

When Frankenstein stalks the Dr. so determinedly,

and even the most terrifying of freaks need sweethearts and love.

When we push boundaries and each other into deepening darkness,

suffocating on the rotten treats that we so rarely often deserve.

When the only serving size on candy and sweets that counts is how much can fit into the palms of your hands.

When we drift away to Nod, to the Abyss itself, and off to forgotten, dark lands,

where we start to doze off under much warmer bed covers,

The time of the year for homicidal lovers.

Freddy slaughters you if you dare fall asleep,

When Jason returns to Crystal Lake,

and when everyone knows that the ghosts are not fake,

and they become more than just starched bedsheets,

Even if only for one month out of the year,

it’s that time again when we all love to fear.

We’ll sit around and tease each other as we listen to the Crypt Keeper’s stories,

and they seem all the better, so unnatural and gory.

When everything’s so ugly, yet making people feel pleasure.

When the head change hits us more and you can feel the excitement in your blood and in the very air around you.

When the cold rush of terror stares into our soul and chills us, exposing our insides,

and when even those who don’t believe in Hell will try to portray it.

Suicides, abortions, and nightmares they moan,

letting you know now that they were never really gone.

Pale skeletons and dusty bones shimmer despite themselves in the moonlight,

and that corpse in the river is now floating just right.

When the horrifying is attractive,

and when all misunderstood things suddenly make more sense than anything ever has.

The time of the year to remember the old ones who’ve passed,

But don’t shed a tear as they never have left us.

Every Halloween they’ll be at your side once more,

with their cold embraces and mumbling in hushed voices.

This now is the time for the of the Old Ones.

The ones who used to be, but aren’t anymore, yet still are.

The ones who we’ll be joining very shortly, and they seem to know it.

Even worse, we know it, we feel the dread, but on this special night its pure intoxication,

and goosebumps are more than just a prickly sensation.

they all commune and dance in the pits of our future funeral pyres.

When we gather to tell stories of a madman terrorizing teens in a car,

when folklore and stories have a life all their very own, especially so.

Where the dead go to remember how they were once alive,

on the night when it’s exciting to barely survive.

When the fearful act brave, but there’s no need to fake it,

and we collectively feel this way, there’s just no mistaking it.

As the fog rolls in and creeps in puffs around our feet,

and as we breathe the harsh, cold air through warm, excited lungs,

lungs just bursting to open wide and shriek with fright,

and scream with the dead in the moons ghastly the light.

When fears so thick you could splice the air with a butcher knife,

and blood congeals just a bit and quicker than usual.

As the serial killer takes her hand smiling and walks her out to his car,

and no one pays any mind, they are still drinking in that bar.

Where humans are so confused, they don’t even know what they are.

Meet me here, in the Land of the Dead, it’s not far. 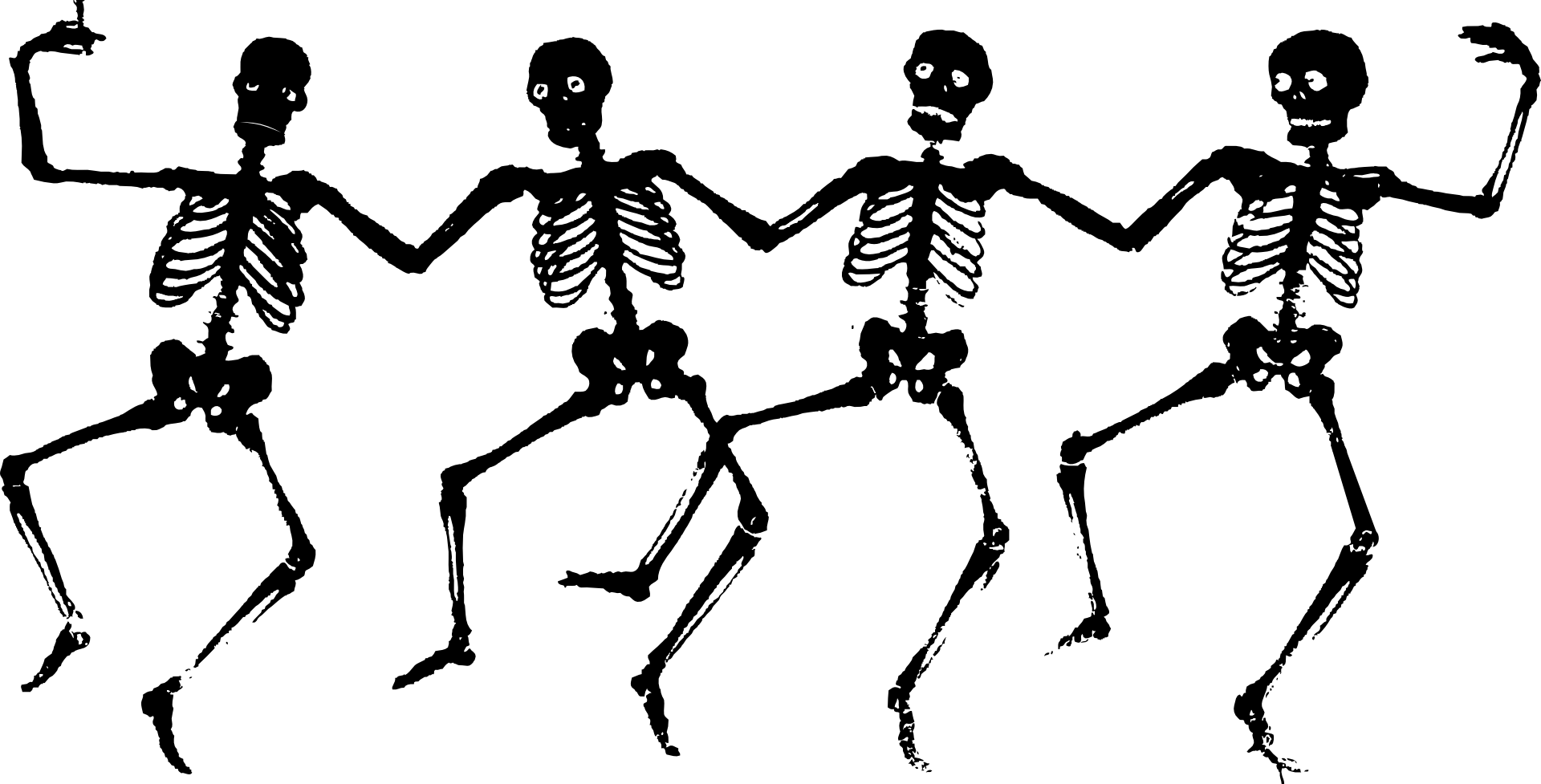 Lesley Patterson
Lesley Patterson is an Award-Winning Author, Poet, Blogger, and Freelance Writer. She's a Shelter Pet - Rescue and Adoption Advocate and an Entrepreneur who is very skilled at Social Media Networking, Marketing, and Sales. Lesley is in her mid-30's and is a generational Scorpio Daughter, Sister, Wife, and Mother. She is a Spiritualist and a Natural Pagan Witch who offers Spiritual Advisory Services as well. Raised in the mid-1980s and early 1990s in Sacramento, California, she grew up in the Reno, Nevada area, and since then has moved out to Fallon, Nevada. She offers her various Services on a case-by-case basis, and she is very passionate about both what she believes in, and in what she writes about. She showcases her unique, original, and persuasive conversational-styled Writing here on WritingBeautifully.com and she runs both the website as well as her own Blog. You may get in touch with her at any time by emailing her at: LesleyPatterson@WritingBeautifully.com -- or by sending an email to the Admin at: Admin@WritingBeautifully.com #FreelanceWriter #WritingServices #Writing #Writer #WritingBeautifully #WritingBeautifullyBlog #Writers #WritersLife #WritersCommunity #ContentCreationSpecialist #ArticleWriting #NewsWriting #B2BWriting #B2CWriting #BusinessWriting #ContentCreation #ContentSpecialist #LadyOpaque #LesleyPatterson #GhostWriting #CopyWriting #Editor #Editorial #Journalist #Journalisim #Blogger #Blogging #ProfessionalWritingServices #ProfessionalWriting #ProfessionalWriter